Once a client chooses to work with us, we immediately commit to the establishment of a business partnership based on uncompromising integrity, trust, and technical excellence.

“Cookie cutter” type solutions to the myriad business challenges presented to us by our clients are avoided at all costs. We, instead, pride ourselves in being able to clearly and competently explain the best solutions possible to those problems in either English or Brazilian – Portuguese.

At L2, we viscerally care about sustainability and our firm’s environmental impact in the world. We also remain aggressively committed to both the promotion and conservation of the areas located within Brazil’s Amazonian rain forest. 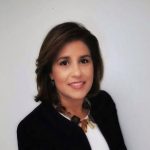 Prior to forming L2 Advisors, Claudia Brito Low was an associate principal in the international tax practice of Miami based Kaufman, Rossin & Company. And, before her nearly six years with Kaufman, Claudia was a senior Latin America focused tax executive with United Parcel Service based out of the Latin America headquarters office in Miami, FL. Claudia also has worked with KPMG in São Paulo, Brazil and, for many years, owned her own tax consulting practice in San Diego, California.

At L2, Claudia specializes in developing and implementing tax planning strategies for both domestic and cross-border international transactions. She relies on her extensive knowledge of tax credits and incentives in order to find the maximum tax-saving benefits for her clients. Claudia also works on pre-immigration and expatriation tax planning, offshore voluntary compliance, and tax related U.S. real estate transactions initiated by non-residents of the United States.

Mrs. Low received a law degree from Pontificia Universidade Catolica de São Paulo which is located in São Paulo, SP, Brazil. She also possesses an LLM (Master of Laws) degree in international taxation from the University of Miami in Coral Gables, Florida. Concurrent with her employment at KPMG in Brazil, she also served as a federal tax judge within the 1º Conselho de Contribuintes in Brasilia (US Tax Court of Appeals in the United States) – the youngest judge to ever have been selected to serve there in the history of the body.

Joseph Low is a Florida based strategic marketing and management professional who maintains extensive experience with the development of geographically dispersed cross-cultural teams and their associated leadership and competency development. He has held numerous leadership roles with large multinationals such as Nokia, Research In Motion, and Challenge Air Cargo (later acquired by UPS) and numerous smaller enterprises such as Celistics, Covata, and SFE – all with strategically important operations focused either in or on Latin America.

Commonly referred to as one of the “pioneers” of Brazil’s early wireless communications growth, and done while an expatriate, he co-founded Nokia’s operations in Brazil (Sao Paulo) where he was also responsible for the development of Nokia’s B-band licensee relationships, the promotion of the company to key channel sales partners, and the selection and hiring of the company’s first Brazilian team leaders. During his tenure with Nokia, Mr. Low also led the company’s Latin America focused mobile phones division where he was responsible for $4 billion USD in net sales with P&L accountability for 40+ devices. Mr. Low successfully built Nokia’s regionally focused CDMA terminal business into an entity producing well over $1 billion USD in net sales. Also while with Nokia, he served as the VP of the North American market focused “Go to Market” organization where he was responsible for all solutions based offerings presented to key North American wireless carriers customers such as T-Mobile, AT&T, and Rodgers-Canada. Later, while at Research In Motion, he led all sales efforts to the Telefonica Group and was responsible for the management of RIM’s business within their 14 Latin American markets.

Mr. Low, in conjunction with his Brazilian wife, co-authored a critically acclaimed book, “They Don’t Speak Spanish In Brazil,” a comprehensive guide for non-Brazilians interested in effectively doing business in Brazil. The book continues to be enthusiastically endorsed by an eclectic mix of CEOs, CFOs, and CTOs – both Brazilian and non-Brazilian.

Now, as co-owner of L2 Advisors, Mr. Low is principally focused on the family office segment of L2’s customer base. Mr. Low insures all L2 clients remain with a “peace of mind” knowing their reporting and entity management needs are efficiently accounted for and subsequently addressed in an efficient and timely manner.